Home Cryptocurrency What Is Bitcoin Mixer & How It Works? – Techbloghub 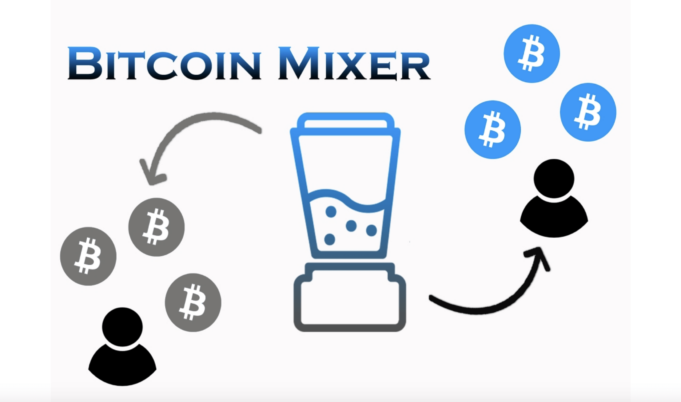 A Bitcoin mixer is software (or a service) that receives bitcoin from several users, mixes it so that it is impossible to tell who sent how much, and then transfers separate bitcoins to their destinations.

If you looked at such a transaction on an explorer, you’d see the mixer’s address as the receiver (in the instance of an outgoing transaction from your wallet) rather than a Bitcoin address. Similarly, if you entered the address of a transaction receiver and sought to see where the coins originated from, all you’d discover is the tumbler’s address.

It is dubbed a “mixer” because it combines your money with the coins of other holders to the point that none of them can be linked back to their original wallet addresses.

So, when you use this method, you can send or receive Bitcoin without anyone knowing who you are.

These anonymous transactions are not usually free of charge. Some of these Bitcoin tumblers charge service fees to mix your money.

How a Bitcoin Mixer Operates

There are two types of Bitcoin mixers: centralised and decentralised, and they function differently.

Tumblers operate by gathering Bitcoin from numerous users and combining their transactions—or, to use a metaphor, “putting all the money in one huge box and mixing them” so that their origin cannot be traced—and then distributing the money to their various destinations.

It sounds simple enough, doesn’t it?

After discussing the two types of mixers, let’s delve into the mechanics of how each approach works. We’ll discuss the method in a relatively simplified manner.

A Bitcoin tumbler’s objective is to break the link between your real-world identity and your crypto wallet address. This increases the anonymity of your crypto transactions.

What Exactly Are Centralized Mixers?

To use a centrally managed Bitcoin tumbling service, send your Bitcoin to a specific address (the mixer’s address) instead of sending it directly to your recipient.

On these tumblers, you usually fill out a form with the wallet address of the recipient or the address of where you want the money to go.

After you transfer Bitcoin to the mixer and pay their service charge, your coins are added to a pool and mixed with the coins of other users. Then they transmit the new coins to the recipients’ addresses.

What Exactly Are “Decentralized Mixers”?

Decentralized Bitcoin tumblers necessitate the participation of numerous users in a single big transaction. Decentralized mixers are permissionless and borderless as a peer-to-peer protocol.

The Bitcoin tumbling process is automated here. On certain platforms, protocols like CoinJoin carry it out. Wasabi Wallet (which includes CoinJoin) and Samourai Wallet are two well-known decentralised mixers.

When you use a decentralised mixer, your transaction is added to a larger one in which many people send bitcoins to the same address.

This, of course, mixes everyone’s currency. After a given period, the same quantity of bitcoins will arrive in your destination wallet, but you will almost certainly not receive the identical bitcoins you put in.

The benefits of employing decentralised Bitcoin blenders include decreased service fees (since the mixing process is automated). For example, the centralised mixer Blender charges 0.6% to 2.5% of each operation, whereas Wasabi Wallet charges 0.3% for mixing more than 0.01 BTC (mixing less than 0.01 BTC requires no service fee).

The Benefits and Drawbacks of Using a Bitcoin Mixer

The most significant advantages of employing a Bitcoin mixing service are increased transaction secrecy and anonymity. They assist you in maintaining a low profile when dealing with cryptocurrencies. However, it has a number of disadvantages.

The Cons of Bitcoin Mixer

The main disadvantage of practically all Bitcoin mixer is that the transaction from the mixer to the destination address is frequently delayed. This is done to make Bitcoin analysis more difficult, even for experienced observers. (There is generally an option to change the length of the delay.)

Even though delays are not required, they are wanted because they make it harder to track transactions by putting more time between input and output.

Because of their capacity to disguise digital transactions, Bitcoin mixer are a target for authorities—and a hub for money laundering. As a result, several exchanges consider mixed currencies “contaminated” and refuse or restrict transactions on their systems.

The Cons of Centralized Bitcoin Mixer

The biggest problem with a centrally managed Bitcoin tumbler is that it only has one place where something could go wrong because it is run by a single company.

If the network goes down for any reason, you will lose all money that was in transit. Even if the network does not go down, a hacker — or even the centralised mixer — might take your cash.

Also, because some centralised mixers keep your input and output Bitcoin addresses secretly, you risk losing your privacy if the centralised network shares your information for any reason.

Bitcoin mixer, and crypto mixers in general, are not unlawful. These solutions, however, are occasionally linked to money laundering and other illicit activity. As a result, the US Treasury’s Financial Crimes Enforcement Network (FinCEN) and other agencies have shut down. Several of these occurrences are listed below.

Drama with Helix and Bitcoin Fog

In late 2021, the ex-CEO of Bitcoin mixer Helix acknowledged laundering more than $300 million. Just a few months ago, Bitcoin Fog, another service that mixed Bitcoins, was also linked to a money-laundering scheme, even though its supposed owner said he was innocent.

The US Department of the Treasury shut down Tornado Cash on August 8, 2022, because it was used to wash over $7 billion in virtual money. Tornado Cash was a popular mixer service that ran on the Ethereum blockchain.

If you don’t want to employ coin mixing services, there are alternative options for concealing your cryptocurrency transactions. Three examples are shown below.

The Lightning Network, a Layer 2 scaling solution for Bitcoin, not only enables more transactions to be completed, but it also improves transaction anonymity. It accomplishes this by combining transactions together, making individual transactions impossible to track.

For creating anonymous transactions, privacy currencies such as Monero (XMR) and Zcash (ZEC) are potentially viable possibilities. For example, shielded addresses are used by these currencies to hide the transactions of the coin on the blockchain.

Monero, for example, employs ring signatures to provide secrecy. It conceals the real sender of a communication by mixing signatures from many signers. As a result, the recipient will have no idea which signature belongs to the sender.

However, keep in mind that privacy coins are not legal in many jurisdictions. Several nations, including South Korea, Australia, and Japan, have restricted or outlawed their usage, and crypto exchanges no longer list them in those countries.

You may make Bitcoin transactions anonymously by using currency mixing services and Bitcoin tumblers. However, this has resulted in illicit activities and criminal use, for which governments are cracking down. The Lightning Network may be a more secure way to safeguard the anonymity of your Bitcoin transactions. You might also consider investing in Bitcoin Cash or private cryptocurrencies like Monero and Zcash.

If you’re still interested in using bitcoin mixer, make sure to find one that adheres to local government legal rules so that you don’t unwittingly break the law.