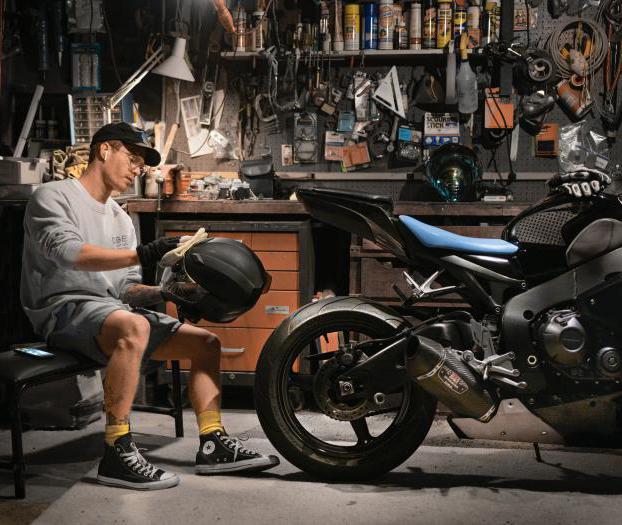 Black chrome plating is a chromium coating that has been chemically changed to produce a black tint. The chromium is electrostatically applied to a metal surface, such as a car wheel or a motorcycle exhaust pipe.

Black chrome plating provides a distinct look, displaying both the great reflectivity of polished chrome and a depth not seen in other polished finishes. Its finish is strong and long-lasting, and the copper and nickel plating that goes on first makes it resistant to rust and corrosion.

Highly polished black chrome plating is used as a decorative surface for visible portions of automobiles and motorcycles, as well as domestic fittings like faucets. Matte-finish chrome plating, on the other hand, is employed on the insides of telescopes and microscopes, as well as other regions where light reflection might interfere with the device’s performance.

Black plating is expensive, sometimes costing three times as much as “normal” chrome plating. Even standard chrome plating is relatively costly, costing between $100 and $150 per automotive wheel. Because of the additional labour needed, more complicated wheel designs, such as those with wire spokes, might cost significantly more.

Chrome plating is expensive since the procedure is labor-intensive and time-consuming when done correctly. An object must first be carefully cleaned and prepped for plating in an electrostatic bath in the usual triple-plating procedure. Before the chromium is applied, it is coated with copper and then nickel.

The object must be readied for the next stage of the procedure after each stage. Materials used in both cleaning and plating are dangerous and caustic, and they can sometimes cause cancer. This adds up to big costs for environmental compliance.

To impart the black hue to the finished chrome plate, the chemical compounds employed in the plating process must be adjusted for black chrome plating.

A less expensive alternative to black chrome plating is to combine black paint with clear coat paint. Multiple layers of black paint are applied, followed by a clear coat. Coats are rubbed after each application to provide optimum smoothness and gloss.

Black powder coating is an additional option to black-chrome plating. Powder coating is done by spraying or dipping the work area in electrostatically charged powder and then heating it to melt the powder and make a smooth surface.

Some fans argue that powder coating looks exactly like black-chrome. However, powder coating has limits in automotive applications. Exhaust pipes, which reach extremely high temperatures, will swiftly ruin powder coatings that have been put on them.

How Is Black Chrome Plating Carried Out?

When plating an object with copper, the electrolyte contains copper ions since it is a solution of salt and ions of the plating metal. Additional compounds, such as potassium cyanide, may be present in the solution.

A positively charged electrode is referred to as an anode. The anode in black-chrome plating might be a block of the coating metal, such as copper, or it could be inert metal, such as platinum or lead.

A cathode is an electrode that is negatively charged. In black plating, the cathode is the item being coated, such as a metal wheel rim. The substrate is the substance from which the thing is created.

A direct electrical current to the anode is required for black plating. The electroplater activates the power supply while the electrodes are submerged in the electrolyte solution. Metal ions in the anode and solution oxidise, which means they become positively charged. Positively charged metal ions are drawn to the negatively charged cathode and stick to it, making a thin layer of metal.

When covering a metal wheel rim with copper, for example, the plater begins by cleaning the wheel to prepare it for plating. The rim, which will function as the cathode or negative electrode, is then immersed in an electrolyte solution of salt and copper ions. The plater inserts a copper anode into the solution and turns on the electricity. The copper ions oxidise and migrate to the wheel rim, where they deposit a copper coating.

To get a black chrome finish, the plater must repeat the operation twice with nickel and once with black chromium.

What Is the Price of Black Chrome Plating?

Because black plating takes longer than regular plating, you should expect to pay extra for black chrome. Many factors influence the cost of black-chrome plating.

Black plating, which requires numerous layers, consumes much more power than electroplating. When deciding their rates, retailers must include utility expenses.

The chemicals used in electroplating are harsh and, in some cases, poisonous. Shops must adhere to stringent safety rules, which raises operational costs.

While there is no official certification required for black chrome plating, it does need training and ability. An electroplater must have a steady hand, dexterity, and the ability to follow instructions and follow safety precautions. In general, more experienced players charge more.

Black plating chemicals must be disposed of correctly; they cannot be poured down the sink. Hazardous chemical disposal necessitates additional labor and expense for the company, which is reflected in the pricing.

What Is the Distinction Between Chrome and Black Chrome?

Because black-chrome scratches more readily than standard chrome, it requires additional upkeep. However, due to the several layers of coating, it may give superior protection against rust and corrosion.