Home Apps What Is Hulu? How Does It Work, Pricing Plans & More 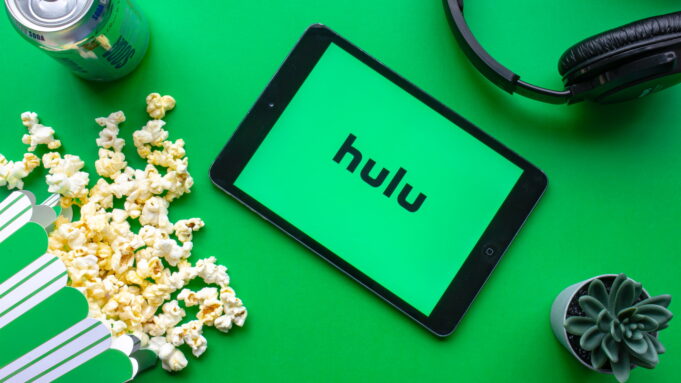 Hulu is one of the most popular streaming services for a variety of reasons. There’s no shortage of benefits with an enormous collection of TV series, movies, and unique material. For newcomers, navigating the streaming service might be difficult, so whether you have concerns regarding price, signing up for a membership, or using the site and app, you’ve come to the correct spot.

In this comprehensive introduction to Hulu and Hulu With Live TV, we’ll go over everything: content, features, technical requirements, cost, and more. Set up your Snuggie and popcorn, since you won’t be able to resist a nice binge session if you wind up subscribing.

And, while you’re at it, bear in mind that the Disney Bundle exists. That’s the mash-up that will bring you Hulu, Disney+, and ESPN+ for just $15 a month, giving you all three services for the price of two.

Also Check: How To Get A Free Hulu Account In 2022

Table of Contents show
What exactly is Hulu?
What Is the Difference Between Hulu and Live TV?
What devices am I allowed to use?
What is the price of Hulu?
What about Disney Plus?
Is there a need for speed?
How do you obtain it?

What exactly is Hulu?

Hulu is an on-demand video service that allows users to watch popular TV shows in the United States, Puerto Rico, and Japan. Early in 2021, the service was extended abroad through its parent business, The Walt Disney Company, which offered an offshoot service, Star, to consumers in Canada, Western Europe, Australia, the United Kingdom, and portions of Asia-Pacific via its Disney Plus platform. Hulu’s main focus is on streaming new TV shows from well-known networks, as well as an original content, blockbuster and independent movies, and documentaries. The platform differs from other well-known streaming services such as Netflix and Amazon Prime Video in that it provides users with early access to popular shows from a variety of traditional networks. After a popular broadcast TV series has aired, you usually only have to wait a week—and in some cases, only a day—to see the episodes. A Hulu membership, unlike cable, does not include any hidden costs, equipment rentals, or installation appointments. Many of your favourite streaming gadgets allow you to watch Hulu at home or on the go.

It offered the option to download and view material offline in 2019, which customers of other streaming providers have had for years. Viewers can download up to 25 titles and keep them in their streaming library for up to 30 days by using up to five different devices. Once you begin a title, you have 48 hours to complete it before the download expires and you must download it again.

As we’ve already said, Hulu also has more and more original shows, such as the award-winning drama The Handmaid’s Tale and the hip-hop docuseries Wu-Tang: An American Saga.

What Is the Difference Between Hulu and Live TV?

Hulu With Live TV Basic is Hulu’s $70-per-month streaming subscription that allows members to watch live and on-demand TV content from more than 30 providers, including local news and live sports, in addition to everything included in Hulu’s on-demand tier stated above. In addition, Hulu with Live TV subscriptions automatically includes Disney+ and ESPN+. You may also pay an additional $6 per month for the same package but with the ad-free version of Hulu at $76 per month. 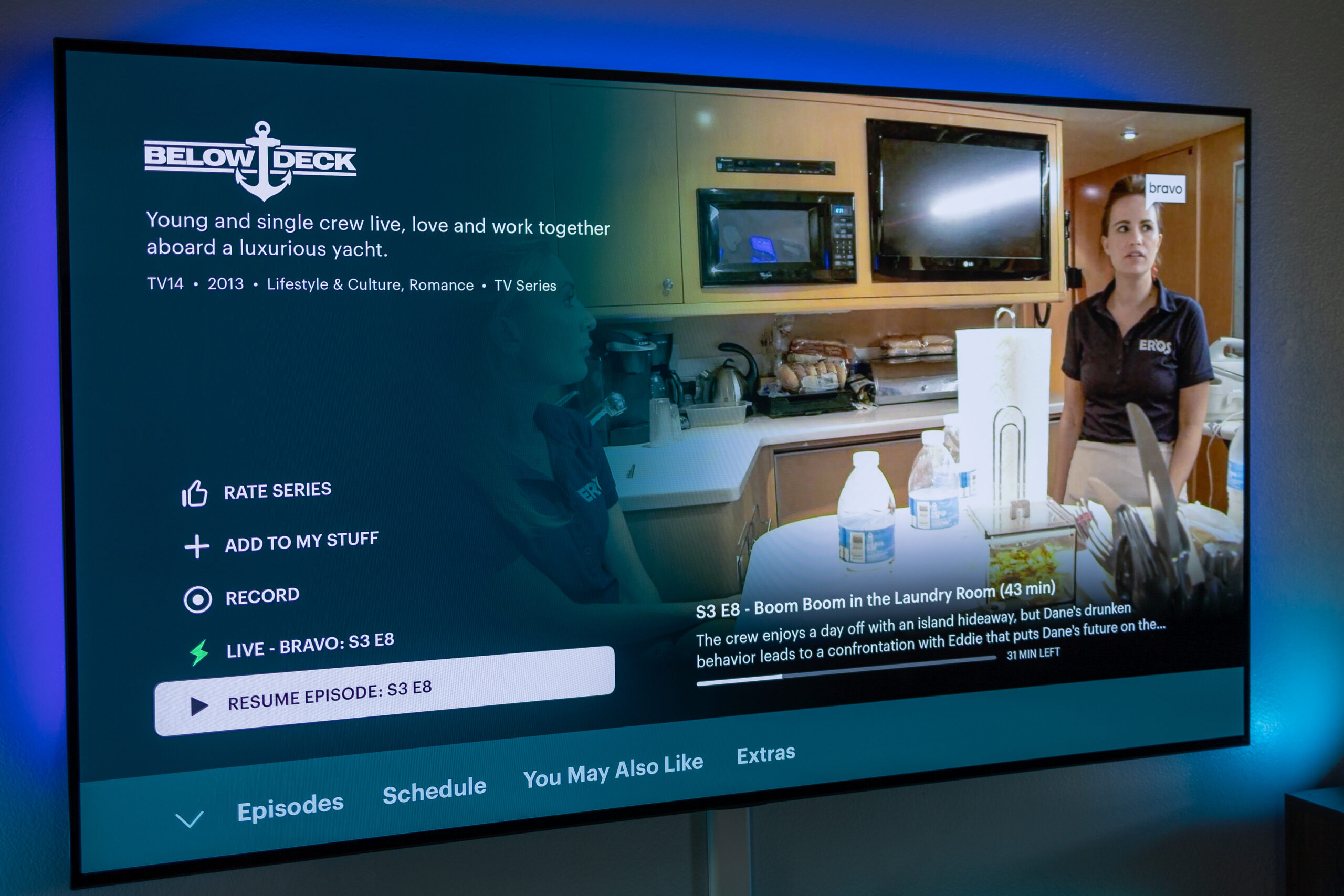 The channel lineup on Hulu With Live TV includes popular entertainment channels such as Bravo, MTV, TBS, TNT, and Comedy Central; educational channels such as Discovery and History; sports channels such as ESPN and FS1; news channels such as CNN and Fox News; and family-friendly channels such as Cartoon Network, Disney Channel, and Nickelodeon. There’s also the no-ad premium Hulu with Live TV at $76 a month, which is the same as the regular version but with, you guessed it, no advertisements. For an extra fee, you can also buy premium channels like HBO, Showtime, Cinemax, and Starz.

Hulu With Live TV is analogous to other services that provide access to live programming without requiring a cable or satellite subscription, such as Sling TV or YouTube TV. Hulu With Live TV, like the other services, is not without flaws. Most of the time, the streaming quality of live shows isn’t as good as what you get with cable. This can happen when your internet speed isn’t as fast or when there’s a lot of traffic, but this is true for almost every live TV streaming service.

To view it on a computer, go to new.hulu.com and enter Hulu With Live TV. You’ll see your on-demand entertainment selections like you would with a standard Hulu membership, but there’s also a Live TV button at the top of the screen.

The Hulu universe has seen a divide as the business transitioned from its “classic” experience to its new “complete” experience. You shouldn’t have any issues if you exclusively use Hulu on devices that support the full experience. If you’re using a device that only supports the previous Hulu app, you may have issues; the old-style Watchlist and the new My Stuff don’t work well together. We expect this area to improve as Hulu continues to push out upgrades to its whole experience.

These modifications occur often as Hulu experiments with improvements to its user interface. The business recently updated its menu selections to make them easier to see by removing a transparency effect that affected text readability. Hulu also included like and dislike buttons, which Hulu may use to help shape your suggestions more precisely.

What devices am I allowed to use?

What is the price of Hulu? The classic Hulu streaming service offers an ad-supported Basic subscription tier for $7 per month ($70 per year) and an ad-free Premium subscription for $13 per month (which we think is well worth the money). But Disney just announced that these prices will go up on October 10, 2022, to $8 per month for Basic ($80 per year) and $15 per month for ad-free Premium (no annual price was given), so you may want to take advantage of the current prices while you can.

Hulu With Live TV is still $70 per month and includes Disney+ and ESPN+ at the moment. This includes ad-supported streaming, 50 hours of cloud DVR storage, and the ability to view on two screens at the same time. If you want to avoid constant pestering to buy anything, pay an extra $6 for the premium ad-free tier. If you want, you can get Hulu with Live TV without Disney+ and ESPN+ for $68.99 per month.

Hulu is a Disney product, and Disney provides a unique deal in which you may combine all of its streaming services for $14 per month. Try the Disney Bundle. That’s $8 less than you’d spend if you bought them all separately. If you can’t stand ads, you can get the same package with Hulu’s ad-free version for $28.

But as part of the above announcement, Disney said it will launch a new ad-supported Disney+ plan on December 8, 2022. This will allow people who want to use the service to save money (it will reportedly cost $8 per month instead of the current ad-free version, which is also going up in price to $11) and give them access to a whole new range of Disney+, Hulu, and ESPN+ bundles.

There’s much to get lost in on Hulu, but you can add even more by purchasing premium channels as add-ons. If money is driving your decision to cut the cord, be warned: it may get expensive going this path. Its subscribers can add monthly subscriptions to HBO Max ($15), Cinemax ($10), Starz ($9), or Showtime ($11) to their existing Hulu subscription.

While Hulu With Live TV includes 50 hours of online cloud storage, customers may upgrade to 200 hours of online DVR storage space for $10 per month by purchasing the Enhanced Cloud DVR Add-on. A normal Hulu membership allows you to view the service on two screens at once, but for an additional $15, you can upgrade to limitless screens at home or three on the go. Fortunately, if you want both, Hulu discounts the price by $10, allowing you to bundle both for $15 per month on top of your subscription rather than $25.

Any of these subscriptions might be a beneficial addition for folks who do not have cable. They provide access to endless hours of material, including exclusive programmes available nowhere else. While memberships might be pricy, putting up with commercials and having fewer viewable screens can make both services reasonably priced. However, don’t forget to account for the cost of your internet connection.

What about Disney Plus?

It’s difficult to have missed the announcement that Disney+ is boosting its fees and adding an ad-supported tier. And, as the majority stakeholder in Hulu, we anticipated Disney would continue to use the TV streaming service to promote its new packages. You can bundle Disney+ with ESPN+ and Hulu to get a discount on the streaming cocktail, but you can’t add Disney+ to Hulu as you would HBO Max or Showtime.

To be fair, a marriage between the two isn’t totally out of the question, especially given Hulu’s ongoing growth under Disney’s tutelage. For the time being, Disney+ is totally self-contained within its own app, and you’ll even have multiple bills to manage if you’re a current Hulu client taking advantage of the Disney package. Disney hasn’t said that it plans to change that in the near future, so for now, you can think of Disney+ as a completely different thing.

Do you want to go to the digital Magic Kingdom? Here’s how to acquire Disney+, and don’t forget to look into the Disney package if you have all three.

Is there a need for speed?

It is available in a variety of quality settings that adapt automatically based on your internet connection speed. It recommends a minimum download speed of 6Mbps for Hulu in HD and 8Mbps for Hulu with Live TV, since you’ll need more bandwidth if you want to stream to more than one device or make use of Hulu’s limited 4K programming.

How do you obtain it?

It’s simple to sign up for Hulu on a smartphone or a computer. Navigate to hulu.com/welcome and follow the on-screen instructions. Connect your account to your Apple or Android account for simple payments. Hulu’s mobile and TV applications also have a simple sign-up process.

To use Hulu, you do not need to sign any contracts or make any long-term commitments, as you would with traditional TV. You may even use Hulu’s seven-day free trial and then quit the service without paying anything — albeit you must input your credit card information when you join. If you need to cancel your subscription, you may do so easily online or through customer care, and Hulu will keep your account information if you ever want to sign up again.