Home Internet What Exactly Is Killware? How To Defend Against Killware Attack 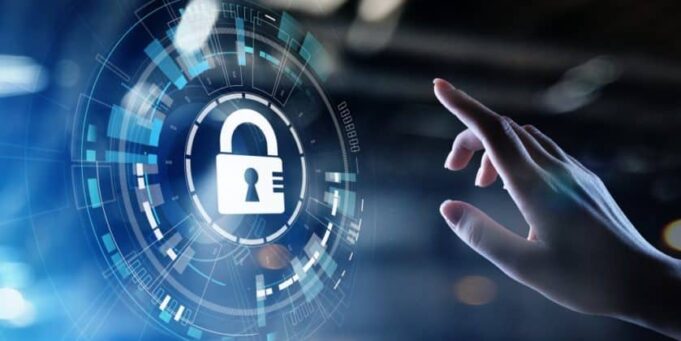 A killware assault often targets cyber-physical systems and critical infrastructure with the intent of causing harm or loss of life. Killware has recently made headlines as cyber criminals attempted to poison the people of Oldsmar, Florida. Even though the attack failed, US government agencies like the Cybersecurity and Infrastructure Security Agency (CISA) and Homeland Security are worried that killware may soon kill its first real person, which is a scary thought.

This post will explain what killware is and how to defend yourself against it.

Table of Contents show
What exactly is killware?
What Is the Difference Between Killware and Ransomware?
Who is the target of Killware?
Individuals
Infrastructure
How Can I Defend Against a Killware Attack?
What to Do If You’ve Been Infected with Killware
Killware in the Future?
Frequently Asked Questions
What exactly is killware?
What distinguishes killware from ransomware?
Can killware be avoided?

Killware attacks target human life and strives to inflict substantial bodily harm or death on victims. They use the growing connectivity between cyber and physical systems to cause harm. Toasters and smart thermostats are becoming increasingly connected to the internet. The Internet of Things simplifies and improves our lives. The internet is used to manage essential infrastructures such as dams, power grids, hospitals, and police agencies. This enables all sorts of handy systems, such as turning up the heat in your living room before you’ve even arrived home, and hospitals performing check-ups on patients without the patients having to leave their homes.

However, connecting these gadgets to the internet entails some hazards. Many of these threats, such as hackers attempting to gain information and viruses rendering machines inoperable, have grown commonplace in recent decades. However, the rising relevance and reliance on the Internet of Things (IoT) now opens the door to killware assaults. If key systems are taken down by malware, the results may be terrible – exactly what the criminals behind killware assaults want.

What Is the Difference Between Killware and Ransomware?

The primary distinction between killware and ransomware is the attacker’s intention. Over the last several years, ransomware has grown as one of the most concerning cybersecurity threats. That said, if attackers choose to use killware instead, it might pose an even greater threat.

In a ransomware assault, hackers infect a machine with software that encrypts its data, rendering it unreadable. The hacker wants a payment once the data has been encrypted. Typically, this takes the form of a cryptocurrency. As a result, the goal of a ransomware assault is to prevent access to critical data and utilise it for financial benefit. Although ransomware frequently causes physical harm to victims, this is not the primary purpose.

Killware assaults, on the other hand, are not driven by monetary gain. Instead, the hacker or hacker group intends to kill or injure humans. Think of it as internet-based terrorism or warfare. While there have been no successful attacks to date, they are extremely likely to occur in the future and must thus be regarded as a significant concern.

Who is the target of Killware?

Killware assaults can be directed at anybody, from a single person to an entire city or even a country. Let’s look at both scenarios with some samples.

Given the widespread usage of IoT devices, a hacker might remotely access a system or device and exploit it to do bodily harm. Take, for example, the smart thermostats in your home. A hacker could get into its software and put malicious software on it, which would cause the temperature to go too high or too low.

A case that occurred in Texas earlier this year demonstrates how plausible this is. Power firms in the state inadvertently raised the temperature on consumers’ thermostats, which had mistakenly authorised remote access. This occurred during a severe heatwave, prompting numerous customers to wake up sweating heavily. If a four-degree temperature spike can make consumers feel this uneasy, consider what a malicious hacker might do with such access.

Other possible targets for killware assaults are easy to think of, such as autonomous automobiles. Hackers might utilise remote control to injure not just the driver but also other cars and people.

Hackers may also attack large-scale and essential infrastructure, which has the potential to wreck a whole city or country. An effort to poison Oldsmar’s water supply is a recent example of such an assault. In one case, people tried to get the amount of sodium hydroxide at a nearby water treatment plant to a point where it was dangerous.

However, while the incident provoked widespread outrage, it may not be as alarming as initially imagined. According to investigations, the attempt was not a sophisticated breach but occurred because the facility’s personnel had repeated passwords on Teamviewer, a remote access programme. A displeased employee who knew the passwords easily accessed Teamviewer and altered the water treatment procedure. Of course, just because this assault was not as sophisticated as it could have been does not mean that killware is not an issue.

Hospitals might be ideal targets for killware assaults. After all, we’ve already witnessed a few ransomware assaults on hospitals that led them to briefly suspend operations. The CISA and the FBI have even issued an alert with information and advice for healthcare practitioners on how to cope with a ransomware assault. If the hacker is not pleased with earning money and instead wants to damage or kill people, such an assault might quickly turn into a killware attack.

How Can I Defend Against a Killware Attack?

Killware is a more evil and fatal variant of current malware, particularly ransomware. As a result, the procedures you may take to defend yourself are quite similar to those in a ransomware prevention strategy. Some safeguards you can take are stated below. 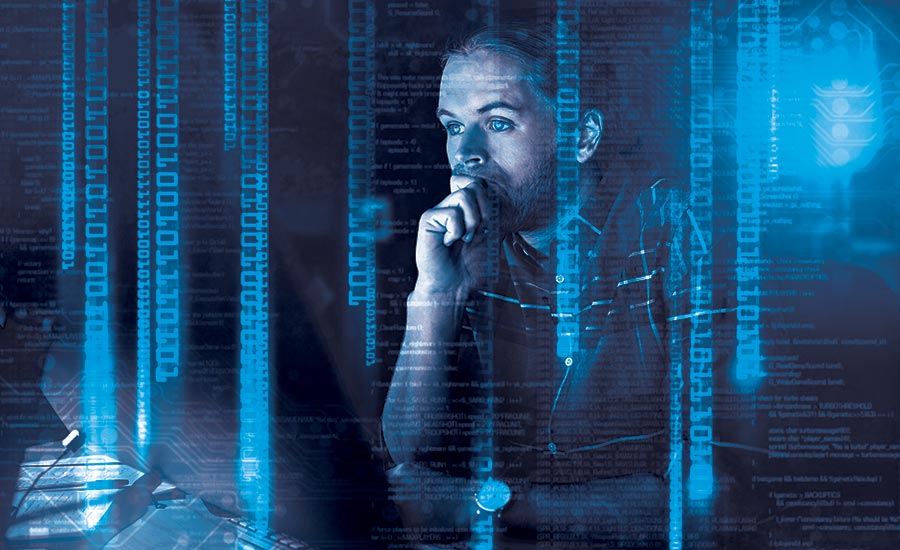 Use a strong password to protect your WiFi and IoT devices. We recommend using a password manager to create strong, random, and difficult-to-guess passwords. Passwords should also be changed on a regular basis to keep hackers at bay. Furthermore, you should examine whether devices are linked to the network on a frequent basis. Disconnect any that aren’t in use, as this reduces the number of possible devices that a hacker may exploit.

Install a VPN on your router to encrypt activities across your whole network of IoT devices. ExpressVPN provides superior security features without sacrificing performance. If you’re intrigued, you can check out ExpressVPN’s offer by clicking on the button below this list.

Use a reputable antivirus tool that can identify and delete any killware attacks before they infiltrate your computers. To make an educated selection, review our rankings of the top antivirus applications.

Spam emails and phishing efforts should be avoided. Most malware, including BloodyStealer, infiltrates your system via attachments in spam emails. You’ll be much better protected if you understand how phishing works and what you can do to protect yourself. In this phishing essay, we’ve included some simple advice.

In addition to these practical methods, being aware of the gadgets around you is the greatest way to protect yourself. Many consumers buy a new camera or smart fridge without realising they are connected to the internet and hence susceptible. You’re already on the right track if you remember that you don’t simply need to safeguard your phone and computer from hackers.

What to Do If You’ve Been Infected with Killware

Killware assaults aren’t common yet, and we hope they never will be. Still, if you suspect that your device or firm has been infected with killware or another type of malware, there are actions you may take to prevent the problem from worsening. Keep in mind that the following advice is mostly intended for large cyber-security teams.

The truth is that killware is still a very new notion. Because the sole condition for anything to be called “killware” is that it be malware used with the purpose of physically harming people, developing an all-encompassing step-by-step protection approach is difficult.

Hackers may directly exploit flaws in cyber-physical systems in some circumstances. As a result, antivirus scans or quarantining may be insufficient to avoid a disaster.

The greatest thing you can do as a client or private user is to guarantee that the IoT devices you buy are certified and secure. Aside from that, we suggest that you install an antivirus programme like Kaspersky to protect yourself from different kinds of malware.

The increased risk of future killware assaults is a frightening proposition. But, as was already said, security officials are aware of the problem and are working to make their defences stronger.

While there is nothing you can do to avoid large-scale assaults, you can follow the precautions outlined above to keep yourself and your loved ones safe. You might be interested in learning more about other forms of malware, such as FluBot, or more benign applications, such as browser hijackers.

Killware is a type of virus that causes bodily injury or death to humans. It wants to hurt people in real-time by going after cyber-physical systems like IoT devices.

What distinguishes killware from ransomware?

Killware and ransomware are two types of malware with distinct objectives. Ransomware encrypts a user’s files and prevents them from being accessed until a ransom is paid. The goal of a ransomware assault is to make money for the hacker.

Killware intends to inflict bodily injury or death. Unlike a terrorist strike, the assailant is not motivated by money and instead wants to sow disruption or communicate a political statement.

Killware, like most other malware, spreads via emails and security vulnerabilities. In most circumstances, it can be avoided by using simple cybersecurity precautions such as utilising a VPN and creating secure passwords. It’s also important to use devices that are secure and don’t have any known weaknesses that could be used against them.