Home Internet Is It hard To Make Money On Twitch – How To Make... 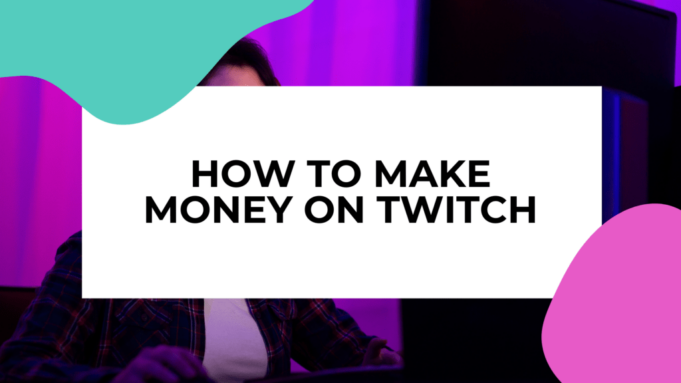 Table of Contents show
What exactly is Twitch?
Is It hard To Make Money On Twitch – How To Make Money On Twitch?
1. Sign up as a Twitch Affiliate
2. Sponsorships by brands
3. Revenue from advertisements generated during streams
4. Open a Twitch channel
5. Accept virtual currency as payment
6. Collecting contributions
8. Make exclusive deals
What Are the Earning Potentials for Twitch Streamers?
How to Increase Your Twitch Revenue
How to Make Money on Twitch

What exactly is Twitch?

Twitch is a live streaming platform that specialises in video games and other sorts of streaming. Chances of making money on Twitch Users can create an account on Twitch and live stream themselves playing video games, listening to music, or simply going about their daily lives as an “in real life” broadcast, which incorporates Twitch Pulse.

How to make money streaming games on Facebook? Twitch has a large user base, and many well-known streamers make money on the platform. So, if you’re wondering how to make money on Twitch, we’ll look at some of the ways you may use your Twitch channel to boost your earnings.

The Twitch affiliate programme is one of the most popular ways to make money on Twitch. You can become a Twitch affiliate if you stream on a regular basis (at least seven days with three concurrent viewers or more). You can earn money as an affiliate by selling particular games or using Twitch Bits.

Many well-known Twitch streamers have brand sponsorships, allowing them to earn money while streaming. Sponsorships can take many different forms, depending on the sponsor’s preferences. Sponsorships could include things like selling games and in-game products, as well as collaborating with game creators to generate exclusive content and more.

3. Revenue from advertisements generated during streams

Streamers can also make a lot of money by placing advertisements on their Twitch streams. Twitch advertising are video ads that appear during the stream, such as pre-roll and display ads. Streamers are paid a share of advertising revenue when they run commercials during their programming.

To make extra money, you can even manufacture your own items to sell in your store. This allows you to be creative and sell one-of-a-kind things to lure your audience. T-shirts, mugs, hats, and other items are available as merchandise, and it’s a fantastic opportunity for subscribers to show their support for your streams.

Users can also send Twitch Bits to streamers in exchange for their material, which can help you supplement your income in addition to other means. Users can demonstrate their support for content providers by using Bits. Twitch affiliates and partners get $0.01 for every bit that is utilised on their channel directly.

Many Twitch streamers make money by inviting their Twitch followers to donate money to their channels. To make donations, you can add buttons for Paypal or a third-party tool like Streamlabs to your channel and invite viewers to do so each time you make a live stream.
Subscriptions to Twitch

Twitch subscriptions are one of the most effective methods to provide value to viewers while also generating recurring revenue each month. Users pay a monthly fee to watch you play games or create other forms of content with a membership. You may tempt customers with additional benefits such as ad-free viewing, exclusive chat rooms, and other forms of bonuses to keep them interested.

Working with businesses can help you develop exclusive offers and freebies to keep people interested and make money on a regular basis. To grow your following and boost your subscribers, you can sell games at a discount for a limited time or create various deals and merchandise giveaways.

What Are the Earning Potentials for Twitch Streamers?

Earnings on Twitch are highly variable, dependent on a variety of factors such as the number of Twitch members you have, the many monetization options you have, and how frequently you produce video. Many Twitch streamers claim to make between $3,000 and $5,000 each month, but because earnings aren’t made public, it’s difficult to establish an exact average.

How to Increase Your Twitch Revenue

How many followers do you need on Twitch to make money You may start ramping up your effort to develop a huge following and maximise your revenue once you get started on Twitch and start earning a little money. Here are some tips on how to make more money on Twitch:

Develop a relationship with your subscribers: The more you interact with your subscribers, the more likely they are to remain loyal and subscribe. Make an effort to interact with them and make them feel a part of the experience. Keep an eye out for other streamers to see how they keep their viewers satisfied and get ideas for your own channel.
As your following grows, pay attention to the input you receive in order to improve. You can include feedback as needed, and make sure to call attention to it so that subscribers know you’re paying attention.
Post Youtube videos to your stream to cross-post: You can boost your revenues by uploading clips of your live broadcast to other services and platforms, such as a Youtube channel, for more visibility and cash.
Improve the description of your Twitch profile: To attract more viewers, make sure your Twitch profile is optimised and easy to locate. Examine the profiles of your favourite streamers to learn how to improve your own.
Use other social media accounts to promote your Twitch profile and attract new users: Use social media platforms like Instagram and Facebook to promote your Twitch profile and attract new users. You can earn more subscribers by posting small segments of your streams as a Youtube video on platforms.

How to Make Money on Twitch

Twitch pays its affiliates once they have earned at least $100 before taxes. Money from subscribers and other Twitch monetization techniques can be added to the account balance, but it will not include goods sales or third-party donations.

If that sum is not met, Twitch will carry the money over to the next month. Twitch will pay 15 days after the end of the month if the pre-tax amount is $100 or more, and the money will arrive in your account in roughly 3-5 days.