Home Internet Red Heart On Snapchat – What Does It Mean – Techbloghub 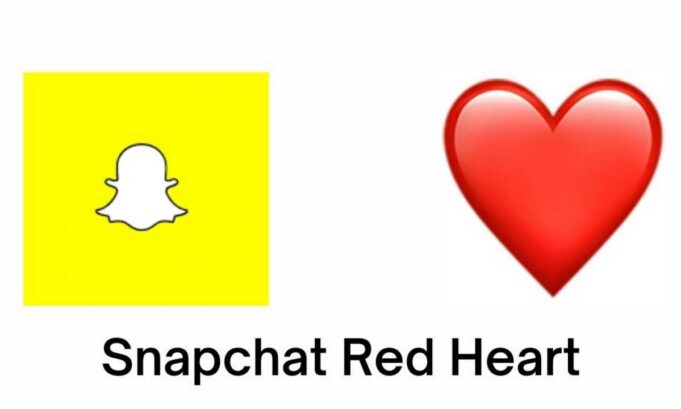 Confused about what the red heart on Snapchat means? No more perplexity! Read our tutorial to learn how to use Snapchat emoticons like a master!

Did you know that Snapchat had 347 million daily active users as of 2022? Since it started in 2011, Snapchat has grown to become one of the most popular social media networks in the world. It can easily compete with social media giants like Twitter and Facebook.

If you’ve ever used Snapchat, you’ve probably spotted emojis on the platform. Have you ever wondered what the red heart on Snapchat means? If you answered yes, this post is for you.

The red heart next to your buddy’s name on Snapchat indicates that you have been each other’s #1 best friend for two weeks in a row. 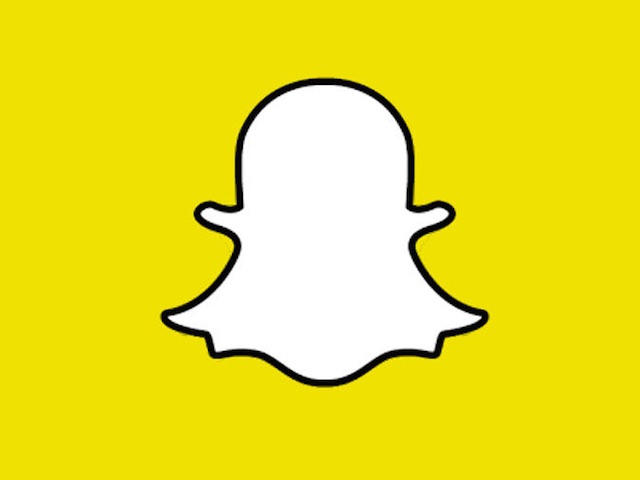 Now that we know what the red heart on Snapchat means, let us refresh our knowledge of Snapchat and its emoji universe. Let’s get started, shall we?

Snapchat emoticons are distributed to your friends based on their relationship status. That’s how much you bother each other by keeping streaks! For example, the well-known red heart emoji represents-

The red heart A red emoji indicates that you have been that user’s best buddy for two weeks in a row!

Table of Contents show
Snap Chat: Everything You Need to Know
Red Heart Snapchat Emoji-Everything you need to know about Snapchat emojis!
Sunglasses on the Face 😎
Baby 👶
A Face with a Smirk 😏
Gritting teeth 😬
Fire 🔥
Face Smiling 😊
Cake for a Birthday 🎂
The hourglass ⌛
One hundred fifty 💯
The red heart 💗
The yellow heart 💛
Pink Hearts💕
Snapchat Zodiac Sign
Bitmoji is now available in Chat
Trophy Box

Snap Chat: Everything You Need to Know

Generation Z and millennials use Snapchat a lot. It is without a doubt one of the most popular social media apps.

One of the app’s most intriguing features is chatted privacy. Unlike any other social networking programme, the messages and pictures are scheduled to expire after a certain amount of time (the maximum being 24 hours). Users may, however, store as many words and photos as they like by clicking the save option.

The software also has funny and interactive filters, fun gaming challenges, action-movie, tools for sharing your location, emoticons, and a lot more.

One of Snapchat’s numerous peculiarities is the list of emoticons that appear to be placed at random next to your friends’ names. But are they truly distributed at random? No, they represent your friendship with other Snapchat users. From the frowning face to the pink heart, they say a lot about the virtual friendships you have with your friends.

You are not alone if you are unfamiliar with the world of emoticons on Snapchat. We’ve finished addressing the question, “What does the red heart on Snapchat represent?” so let’s move on. 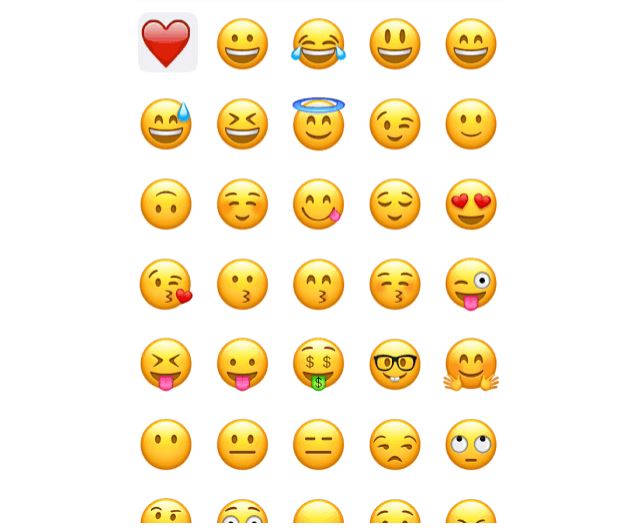 Simply follow our instructions below to become a Snapchat pro in minutes. Let’s get started!

Sunglasses on the Face 😎

This emoji suggests mutual friendliness. It indicates you and your pal share a best friend, which means you both send a lot of pictures to the same person.

This emoji represents a new acquaintance. It represents the start of a friendship between two users.

A Face with a Smirk 😏

This emoji indicates that while you are one of their greatest friends, they are not yours. Simply put, they send you a lot of photos but you don’t get them.

When you see the grimacing face emoji next to a user’s name, it means you both share the same best buddy.

A snapstreak is represented by the fire emoji. If you look closely, you’ll see that a number appears beside the fire emoji next to your friends’ names. It displays the number of consecutive days you’ve both sent snaps to each other.

What does a “red heart” on Snapchat mean? So does the happy expression. This emoji represents a best buddy. You both send each other photos on a regular basis, but you’re not each other’s best buddies.

Cake for a Birthday 🎂

Take caution! Your snap streak is about to come to an end. Send a snap right away to keep it alive.

A 100-day streak? Wow! When you exchange snaps with someone for a hundred days in a row, the hundred emoji appear next to the fire.

Although emojis have no meaning in the real world, they are a fun way to communicate on social media, particularly on Snapchat. These emoticons demonstrate how deeply you connect with your pals in this context.

For example, a large number beside the fire sign, indicating your snap streak with the specific individual, might indicate that you both have been in touch on a frequent basis. When combined with other emojis such as a “smiley face” or a “red heart,” it signifies that the link you both have is unique.

Let’s go through what the red heart on Snapchat means again.

It stands for “best friend forever” and signifies that you and your friend have been each other’s #1 best friend for two weeks in a row.

On Snapchat, we know what the red heart means. But what about the yellow heart on Snapchat?

This emoji represents the number one best buddy. It signifies that you and your friend have exchanged the most photographs.

The pink heart, like the red heart on Snapchat, represents Super BFF. It means that you’ve been each other’s best buddies for the last two months.

If your Snapchat pals have submitted their birthdates, their zodiac sign will be shown. In the same way that a red heart on Snapchat represents a best friend, zodiacs indicate when their birthday is.

If your friend’s birthday is approaching, a birthday cake emoji will appear. Here are the many zodiac signs for you!

Bitmoji is now available in Chat

The recipient’s Bitmoji appears as a status in chat to signify that they are also present. What’s more, guess what? When the message is read, this turns into a blue dot.

We’ve had a lengthy discussion about what the “red heart” on Snapchat means. What about the trophy cabinet?

The trophy cabinet is expanding. With each Snapchat achievement, a new trophy is added to your case!

Various emojis are used to represent these awards. 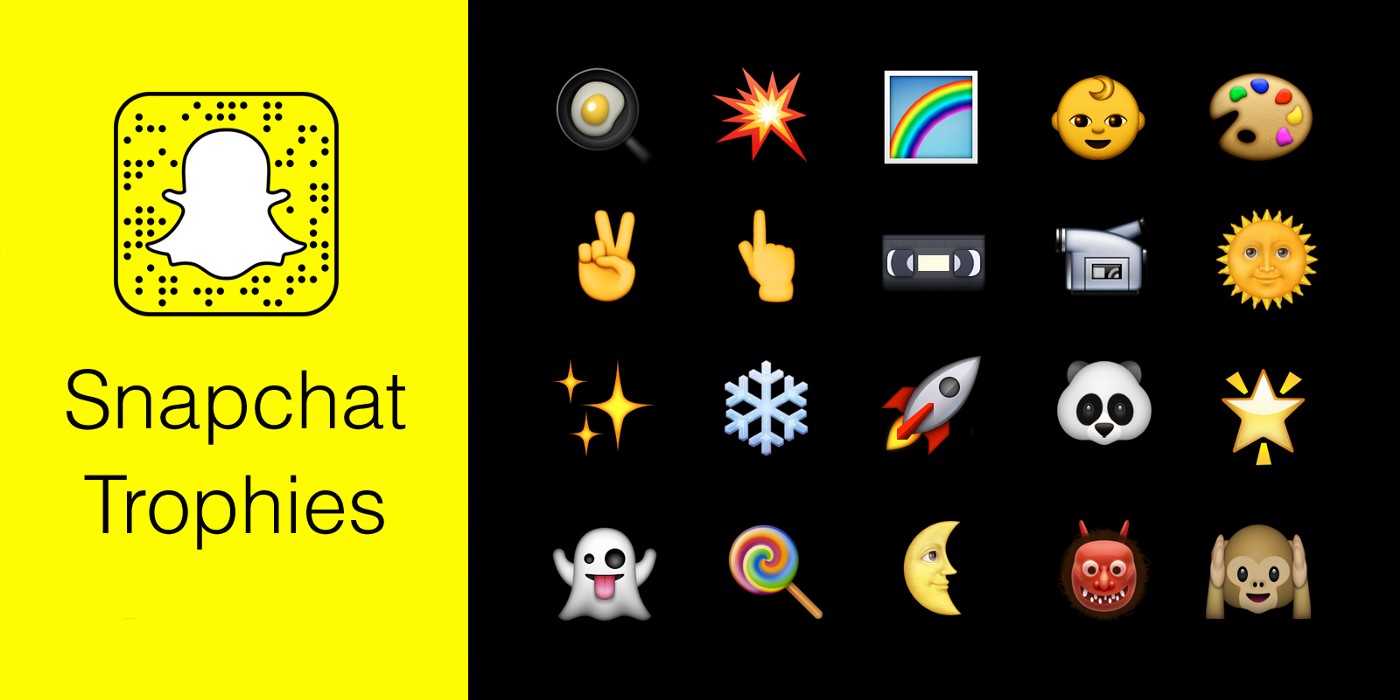 In this article, we attempted to explain what the Red Heart means on Snapchat. You now understand the meaning of other Snapchat emoticons as well!