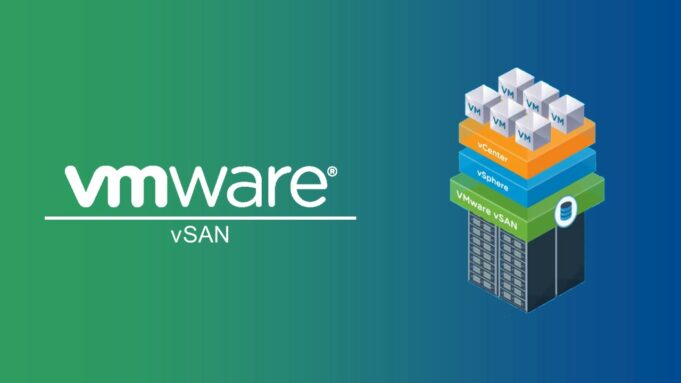 Policies and regulations that specify qualities like availability and performance can be defined by users. It is simple to attach these policies to specific virtual machines. These policies and rules may be easily changed and applied using the vSphere Web Client if necessary.

VMware vSAN cuts down on the cost and complexity of traditional storage systems by letting policies and rules be used to control storage. 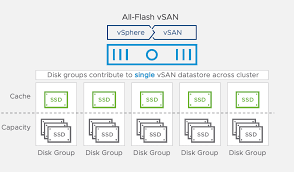 The object-based storage architecture used by VMware vSAN depicts each object as a block of data within the underlying Virtual Machine (VM). The VM Home (which houses the VM configuration files), VM Swaps, Virtual Discs (VMDKs), and Delta Discs (snapshots) are some of the objects that make up the vSAN datastore.

A cluster has one elected master who is chosen by all of the nodes taking part in that group. Cluster Monitoring, Membership, and Directory Service (CMMDS) updates are extracted from all nodes by a master, who then distributes them to agents. The following roles are given to each node during cluster discovery:

All CMMDS updates are sent from all cluster nodes to a host designated as the Master. There can only be one master host per cluster.

When the current Master fails, a host designated as a backup takes over as a Master. Only one backup host may be assigned to a cluster.

The same cluster’s members take on the job of agents. When both the Master and Backup hosts fail, agents can step in to act as either the Master or Backup. If the cluster contains four or more nodes, then many hosts may act as agents.

The main components of vSan

The components of the vSAN architecture are as follows:

Think of a vSAN cluster as being constructed, with CLOM as the architect, DOM as the contractor, LSOM as the labourer, CMMDS as the project manager, and RDT as the delivery truck for the supplies.

The following functionalities of VMware vSAN are available, depending on the licencing type:

The Advantages of VMware vSAN

Due to the fact that VMware vSAN is integrated into the vSphere hypervisor, provisioning and administration are straightforward. With just a few clicks, you can install and configure it using the vSphere Web Client.

Instead of taking a one-size-fits-all approach, VMware vSAN is a storage solution that lets administrators use policies and rules to quickly and effectively add more storage space on demand.

Setting up, managing, and provisioning VMware vSAN is simple. Its easy administration and provisioning make it easier to keep track of inventory, save a lot of money, get assets online faster, and not hurt performance.

The total cost of ownership is lower (TCO)

Businesses may save on upfront expenses by easily deploying VMware vSAN on affordable x86 servers. In the long term, it may become a more affordable but effective storage option due to its highly scalable architecture and rapid implementation of required modifications.

Parallels® Remote Application Server (RAS) is a VDI solution that allows you to deliver applications to end devices regardless of the underlying infrastructure.You may rapidly launch a number of VMs to fulfil your business needs thanks to Parallels RAS, which deploys VDI desktops on-demand.

Because Parallels RAS supports a variety of hypervisors, including VMware ESXi, you can also make use of VMware vSAN storage. With Parallels RAS, managing many virtual machines from various hypervisors within the same infrastructure is simple. This flexibility, together with the advantages of using VMware vSAN as a software-defined storage solution, allows you to easily assign and supply software-defined policies to various virtual machines, which will ultimately increase scalability, simplicity, agility, and total cost of ownership.

How does VMware’s vSAN work?

Enterprise storage that supports hyper-converged infrastructure (HCI) systems are provided by VMware vSAN, a software-defined solution. As a distributed layer of the software inside the ESXi hypervisor, vSAN is completely integrated with VMware vSphere.

What are VMware vSAN’s two advantages?

Setting up, managing, and provisioning VMware vSAN is simple. Its easy administration and provisioning make it easier to keep track of inventory, save a lot of money, get assets online faster, and not hurt performance.

What does vSAN mean?